Having an outstanding height in MMA might mean it will be harder for one’s opponent to knock them down or land a successful punch. In this article, we will look at the ten tallest fighters in UFC history. 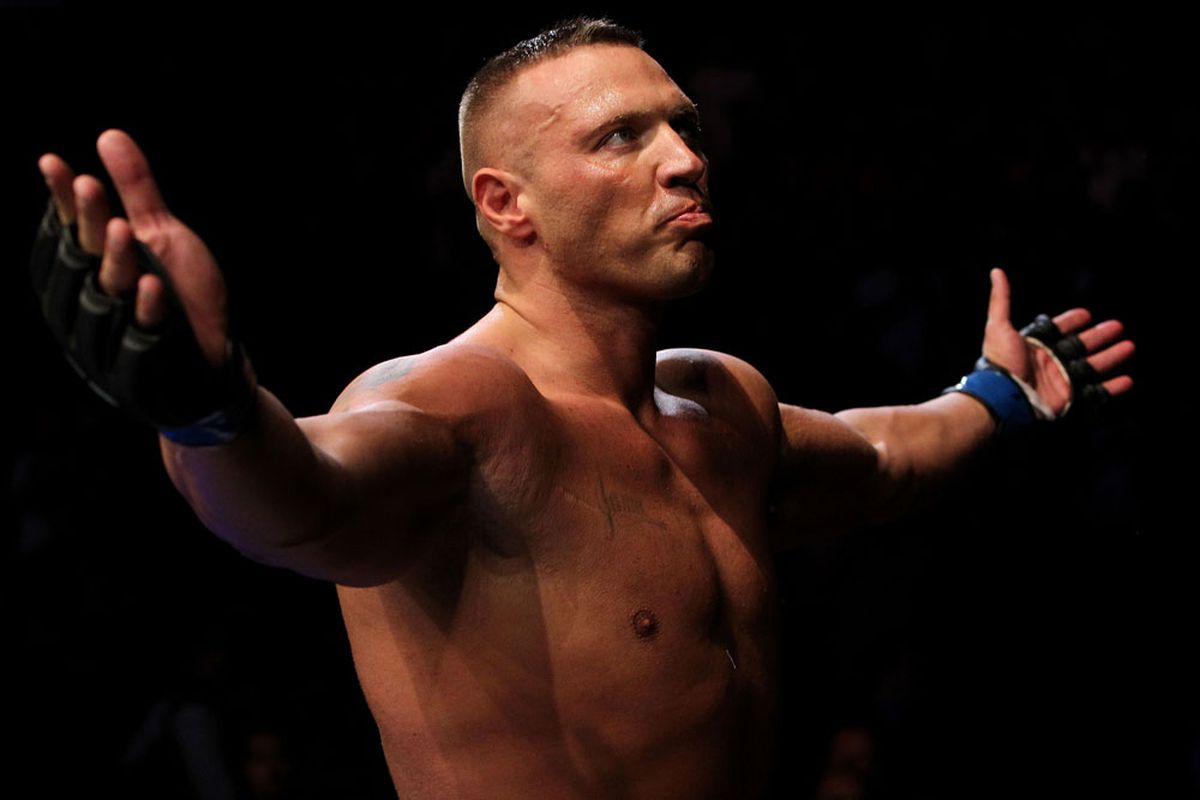 The 46-year-old Sean McCorkle made his first appearance in September 2010 against PRIDE veteran Mark Hunt, who he submitted in 67 seconds. He did, however, end up damaging Mark Hunt's arms with the lock. After that, he faced Stefan Struve, with whom he had a constant Twitter battle leading up to the fight. However, he lost this fight as well as the following one against Christian Morecraft before retiring in 2014. 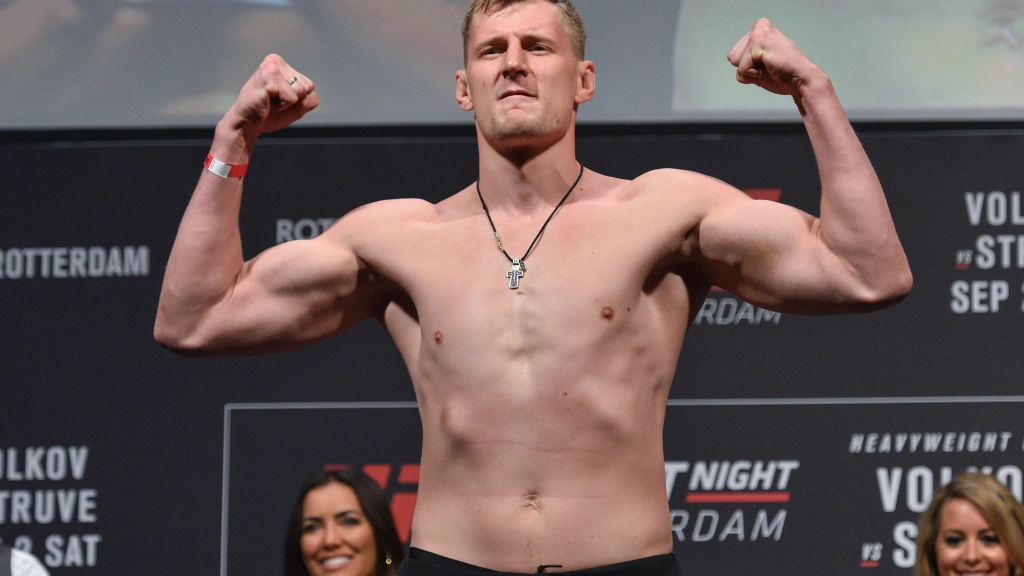 6 ft. 7 in. is not an uncommon height in MMA, and many fighters stand in that range. However, Sean McCorkle and Alexander Volkov are two of the list's most notable names.

Volkov, who stands 6 feet 7 inches tall and has an 80-inch reach, is one of the top Heavyweight fighters in the UFC right now. He has two losses to Derrick Lewis and Curtis Blaydes, as well as six wins over Timothy Johnson, Stefan Struve, Roy Nelson, Fabricio Werdum, Greg Hardy, and Walt Harris.

Paul 'The Polar Bear' Varelans (aged 52), who stands 6 ft. 8 in. tall, was a boxing and football veteran before joining the UFC in 1995. He made his UFC debut at UFC 6 - Clash of the Titans, where he was defeated in the first round of the tournament's semifinal by David Lee 'Tank' Abbott. He also fought in UFC 7 and UFC 8, before becoming a free agent and eventually joining the wrestling promotion ECW.

UFC pioneer Paul Varelans died on Jan. 16, after a month-long battle against COVID-19. 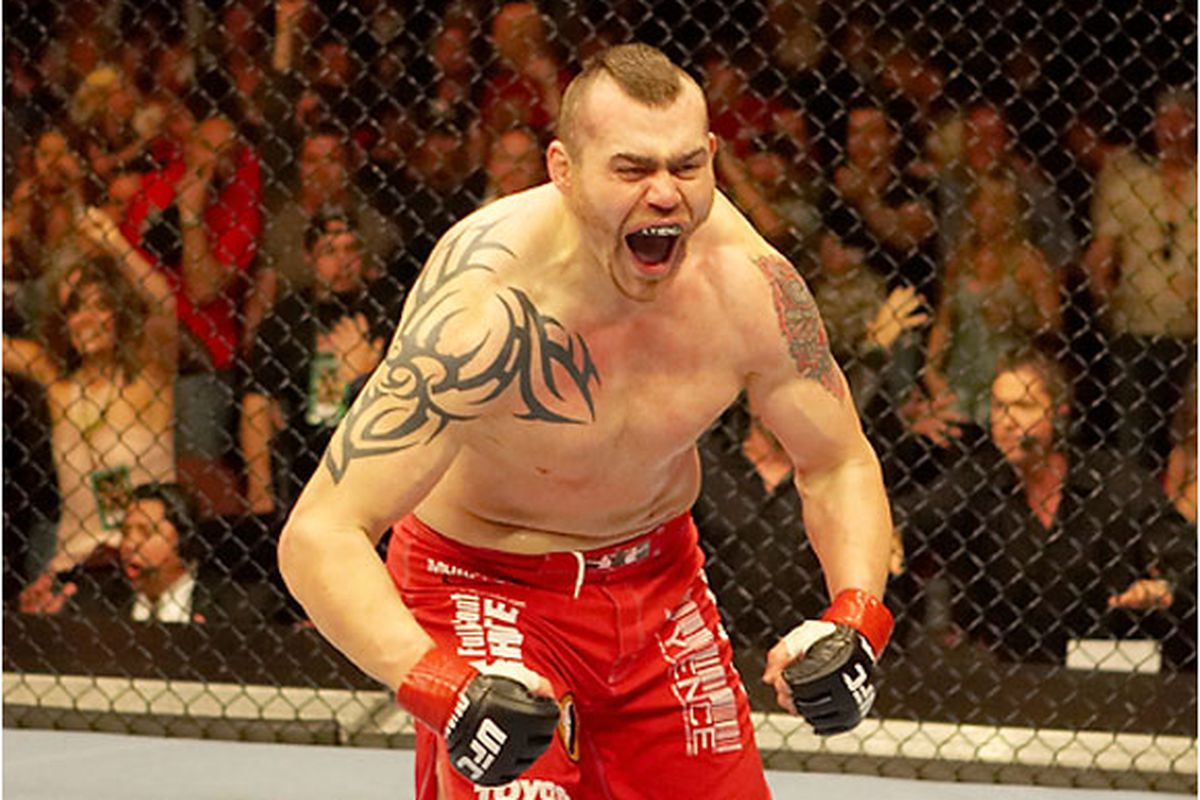 The former two-time heavyweight champion is 6 feet 8 inches tall and has an 80-inch reach. He made his UFC debut in 2002 and proceeded to win the heavyweight title at UFC 41, defeating Ricco Rodriguez. 'The Maine-iac' won the title a second time at UFC 59, beating Andrei Arlovski. 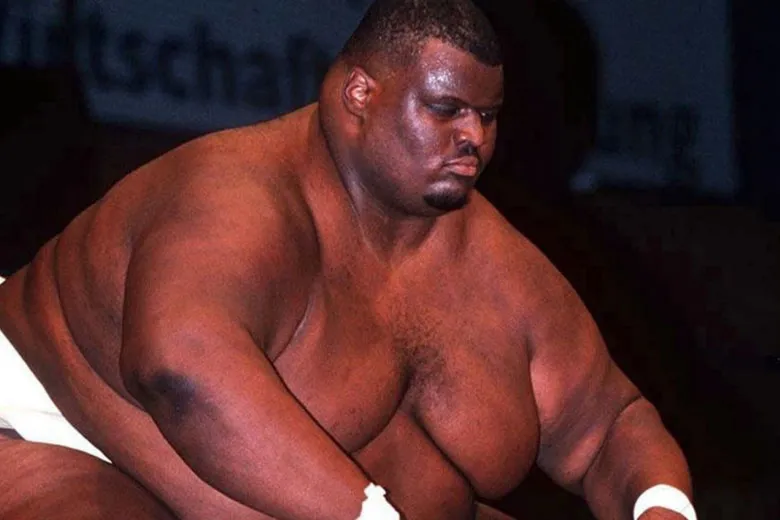 Emmanuel Yarborough only fought once in the UFC, and it was a loss, but it is worth mentioning due to the nature of the fight. Yarborough, who stands 6 feet 8 inches tall and weighs 600 pounds, was pitted against a much smaller Keith Hackney.

Hackney, who stands 5 feet 11 inches tall, knocked Yarborough out twice with hand strikes and punches. This occurred at UFC 3, where Yarborough was representing sumo. For this phenomenal battle, Hackney got the nickname "The Giant Killer." 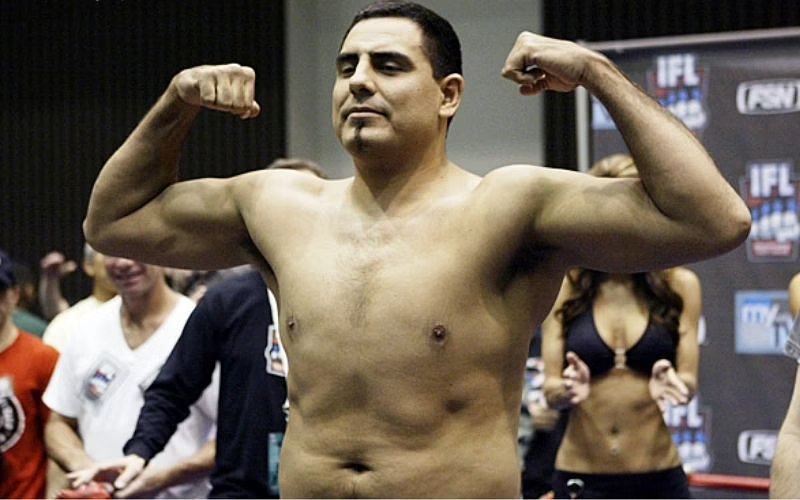 Daniel 'The Sandman' Christison, another 6 ft. 8 in. fighter, was a heavyweight submission artist who competed in the second season of The Ultimate Fighter. He was defeated by Seth Petruzelli via decision, even though the fight was regarded as pro-exhibition. He later fought and won against Brad Imes, a 6 ft. 7 in. giant himself, at UFC Fight Night 4, before surrendering to Frank Mir at UFC 61. 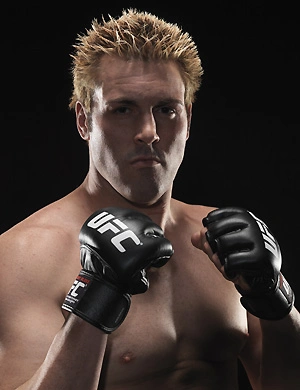 Wesley Sims, who stands 6 ft. 10 in. tall, began his career in an equally significant manner. He was disqualified for attempting to kick a downed Frank Mir, and he lost a fight he was likely to win. He confronted Frank Mir again, this time legitimately, in a losing effort. He was released by the UFC following a loss to Mike Kyle. 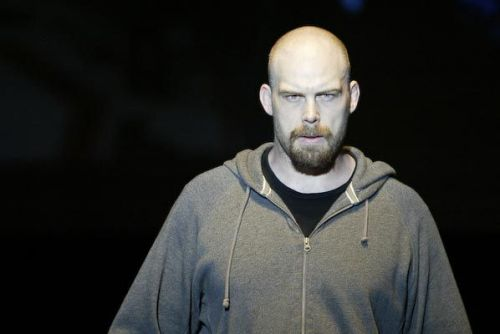 Gan McGee, 6 ft. 10 in., confronted Tim Sylvia, 6 ft. 8 in., in 'The Battle of the Giants' in 2003, with two wins under his belt. McGee's shot at the UFC Heavyweight title was cut short by a TKO. Subsequently, Sylvia was tested positive for prohibited substances, but McGee was turned down for a rematch for the belt, which he later admitted made him lose interest in the sport. 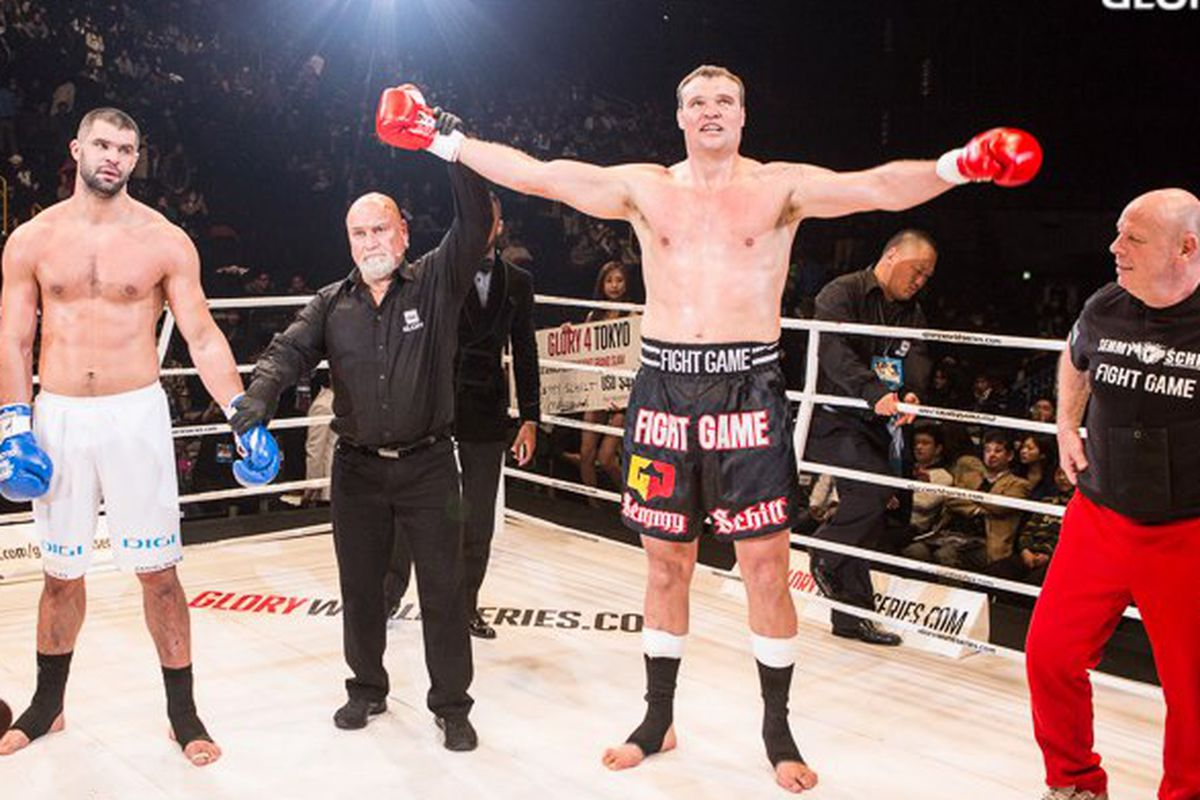 Semmy Schilt began by capitalizing on his 6 ft. 11 in. height. At UFC 31, he faced fellow Pancrase alumni Pete Williams and was knocked out. But he used his height to avoid ground and pound, turning the fight around to a standing position and landing a kick to the body followed by punches to win.

He was not as fortunate the next time around, which also happened to be his final UFC fight. He was knocked down by Josh Barnett, but Barnett was able to land a flurry of strikes and split open his face. With an armbar hold, Barnett finally forced Schilt to tap out. 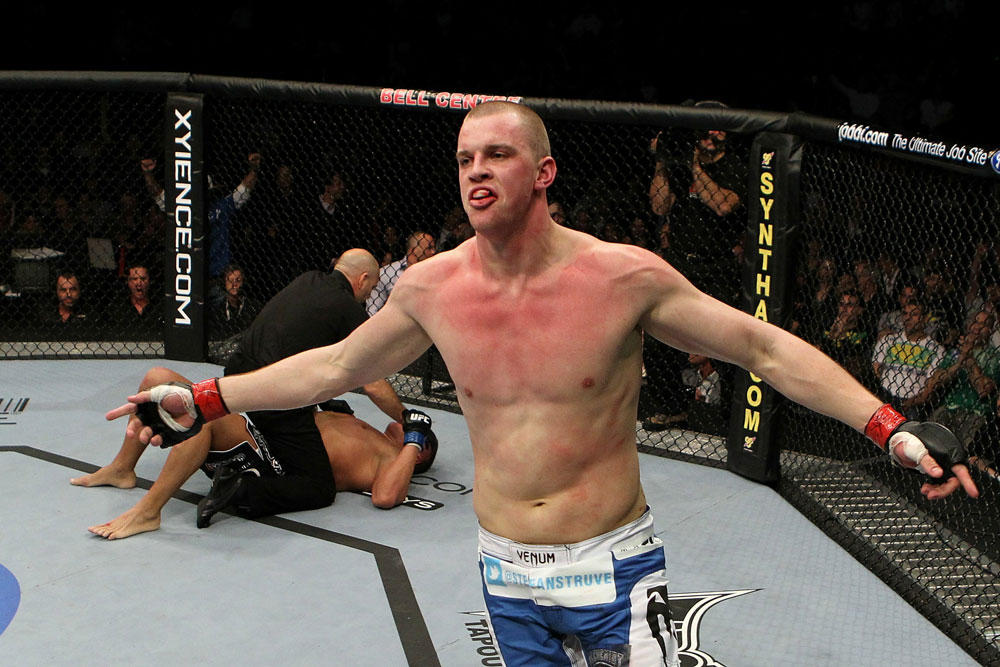 Stefan Struve is the all-time tallest UFC fighter. No other fighter in the organization is taller than 7 feet. Because of his height, he has earned the moniker "Skyscraper." After losing his debut to Junior dos Santos, Stefan Struve went on to win over Sean McCorkle, Pat Barry, Antonio Silva, and the current Heavyweight champion, Stipe Miocic.

Other MMA fighters taller than Struve include Giant Silva and Choi Hong-man, both of whom stand at 7 ft. 2 in. They are not on this list, however, because they have never attempted in the UFC.